We made it to Southern Oregon in early October and pulled into a nice Harvest Host for what became two nights.  LongSword Vineyard is a quaint little place in the heart of Applegate Valley, just outside of the very small, cute town of Jacksonville, Oregon.  Spent the next day walking in Lithia Park in downtown Ashland, driving over to Medford and through Jacksonville (the cemetery is kind of amazing, weird, I know...but it's very cool!).  We got our bikes repaired in town and had the most delicious Mexican food at a little restaurant in Jacksonville called Las Palmas...no joke, the best Mexican food I've ever had!  And then we had wine!  Great stopover! 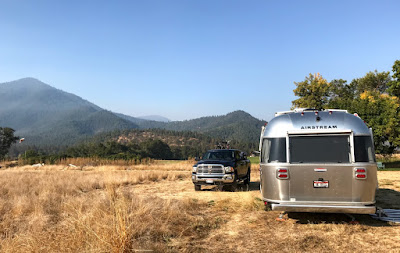 We moved on again, making a couple of fun stops along the way to Hiouchi, CA.  First, to a place I've been to again and again...the Burl Gallery...  If you are in the area, stop...trust me...it's quirky and fun...and you get to climb treehouses!  And then we made an unanticipated stop at the Great Cats World Park on Hwy. 199 just past Cave Junction.  It's a zoo, basically...only smaller and just a dozen or so big cats...but you are really close to them because they are in small pens along a pathway...it was pretty cool...a good stop. 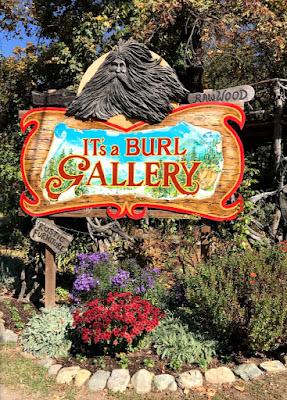 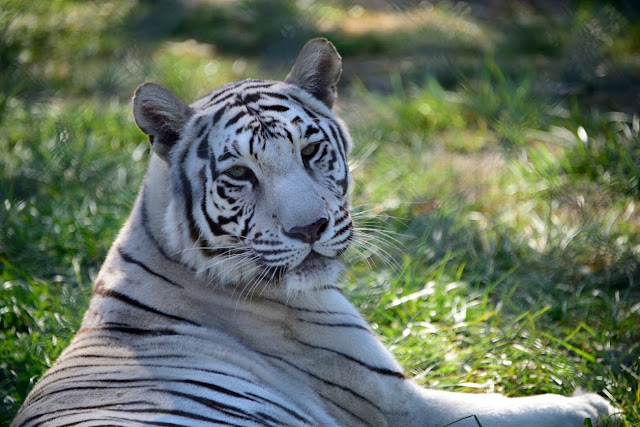 And then, we made it - to the Redwoods!  We didn't have reservations anywhere so we drove around for a bit, through the National Forest park and then decided (the park was cramped and so dark in the trees!) to go back over to Hiouchi where we ended up in a private campground with a mix of passerby-ers and longer term residents of this nice little area.  (Another good food recommendation, the little cafe has really good clam chowder!)

And then we wandered into Jedediah Smith Redwood State Park - to walk among the giants. 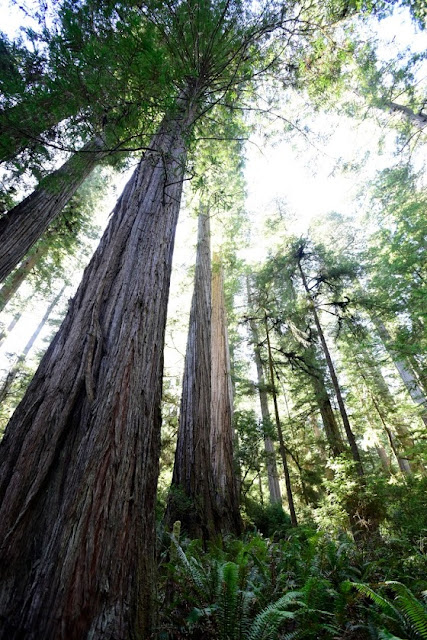 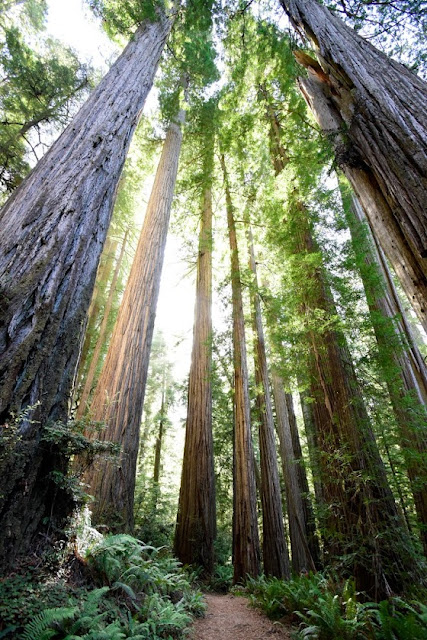 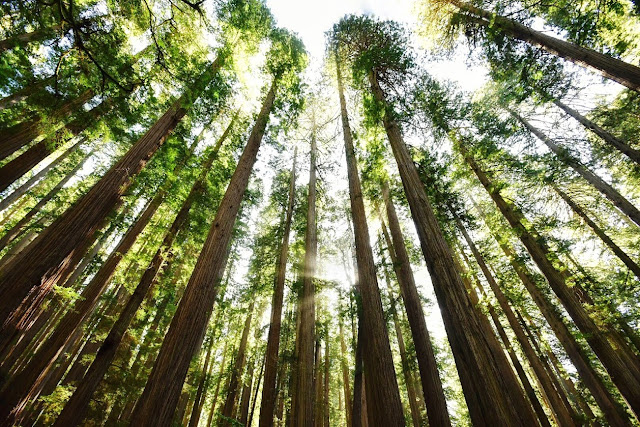 We hiked the Boy Scout Trail...and it's pretty amazing...the enormity is awesome...but the surprising thing is the quiet...  Once you get away from the road, it can be nearly silent, just the sound of the breeze in the tops of the trees...it's so good!

We spent a day traveling the coastline back into Oregon, ending up at the Lone Ranch Picnic Area of Samuel H. Boardman park for a lovely sunset... 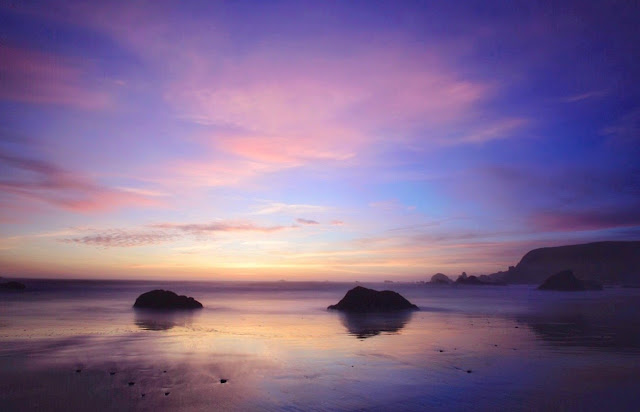 And then hitched up for a long, windy, crazy drive down Highway 1 and over to MacKerricher State Park in Fort Bragg where we secured an ocean view spot for a few days. 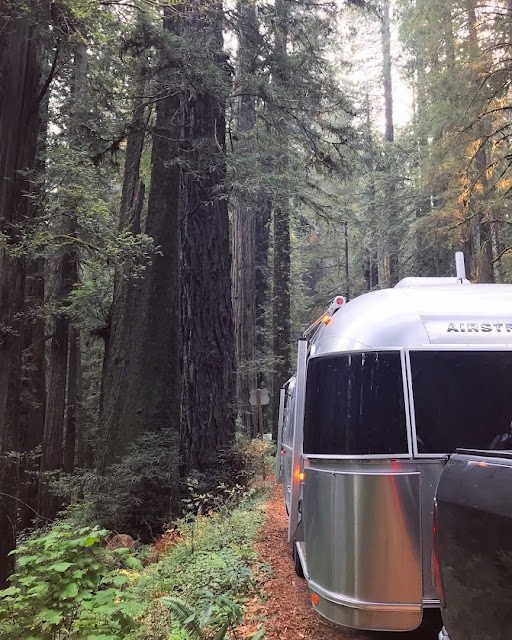 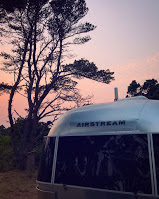 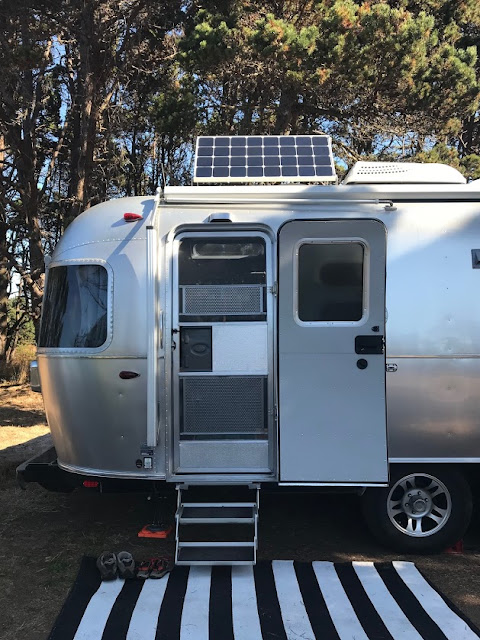 We loved this area...lots to see and do and the weather was wonderful.  We did some biking, walking along the boardwalk in the park, headed down to Glass Beach a couple of times for a haul of colored beach glass for the grandkids...and when we went on a drive down to Mendocino we came back and added a day to our camping spot so that we could do a whole day there.  It's an unbelievably cute, almost surreal New England-ish town...with great little shops and wonderfully friendly shopkeepers, nice little restaurants and an amazing view! 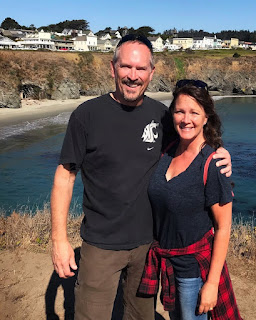 We hitched up, headed inland for a bit and got through the devastating fires raging through that part of California (so much destruction it was unreal looking)...and across the Golden Gate Bridge (where I perfected my shooting backwards techniques!)...down to Half Moon Bay!  We got there just in time for a sunset beach walk and a beer...and then on to see our daughter and her family in Palo Alto in the morning! 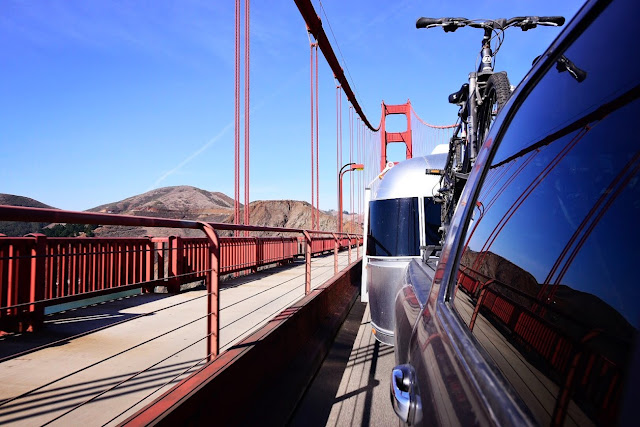 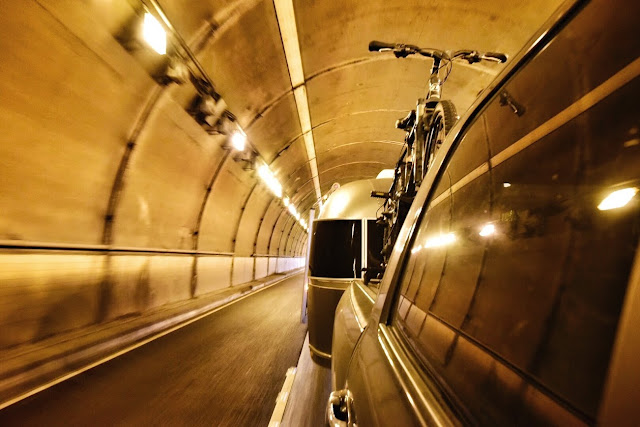 Our beautiful youngest daughter, Allison, was pregnant with her third baby and due in early November.  Her other babies had arrived a little earlier than expected, so we made sure we were in the area sooner rather than too late!  And, we got to spend time with Uriah and Ezra...which was worth the wait for baby!

We spent our time playing with the kids, mostly...lots of park dates, the children's zoo, the library and afternoons playing Legos!  We got to have a sleepover with Uriah and he decorated our driveway for us!  (And was the sweetest little guest!)  Mike and I went to a pretty incredible free art museum on Stanford's campus, The Cantor Center and had a nice dinner out a couple of times in downtown Palo Alto. And we all "walked the Dish"...which is a paved trail leading up to a huge satellite, very popular for walkers...and tarantulas...?!  We went on a tarantula hunting walk (only found one dead one) with the kids, in part, to try to encourage baby to makes his/her entrance into the world (although maybe the tarantula walk scared him/her into staying put for a little while longer?!)! 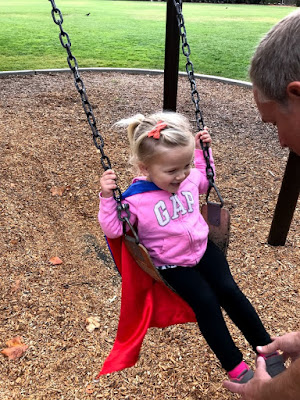 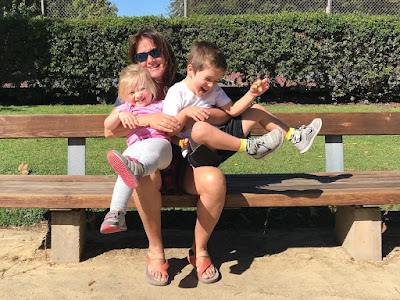 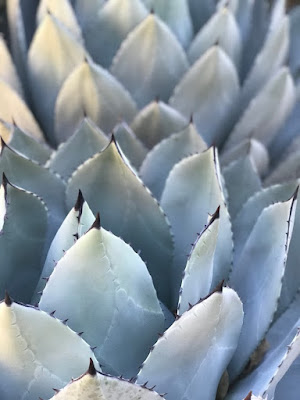 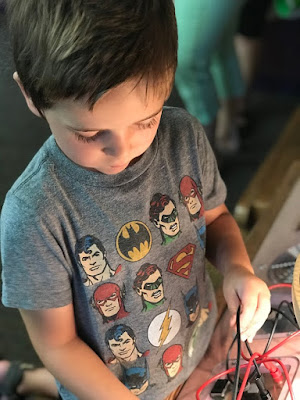 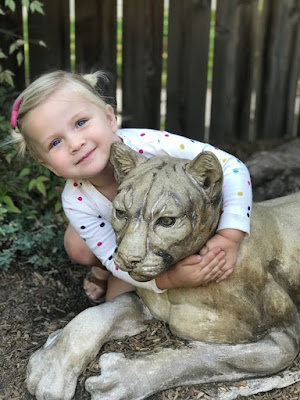 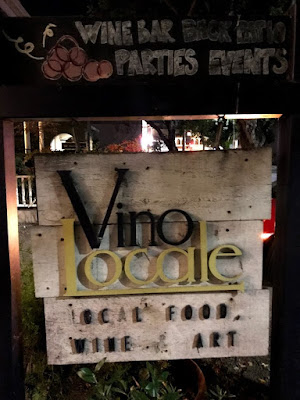 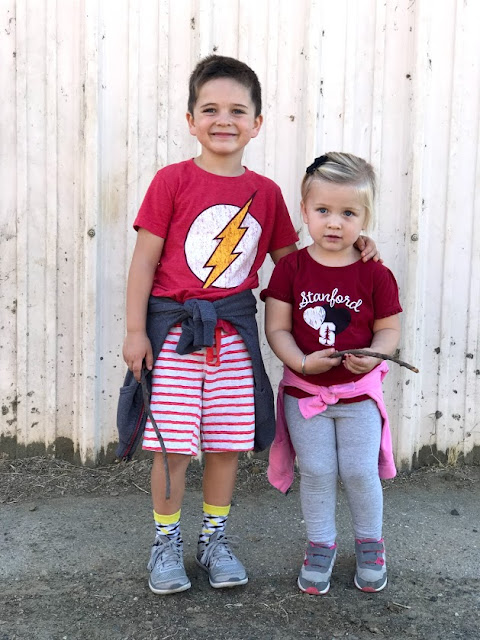 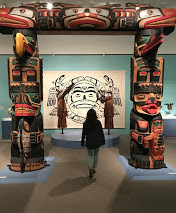 By the end of October, we were still waiting for baby...but we loved getting to spend so much time with the family of FOUR!  We even got to go trick or treating with the kids and all of their amazing friends!  So much fun! 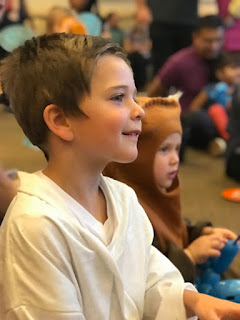 We didn't have to wait much longer...