While we had planned to be elsewhere (in the PNW) the heat was keeping us close to home, and keeping me in A/C (thank you, MS)!  But the boys got out to play on the west side of the Teton Range!  While working at Premier, Mike had helped organize, for years, a hike up Tablerock, to this incredible Teton viewpoint.  It would be quite a challenge for me to venture up there, but our girls have been...and this year he took my brother! 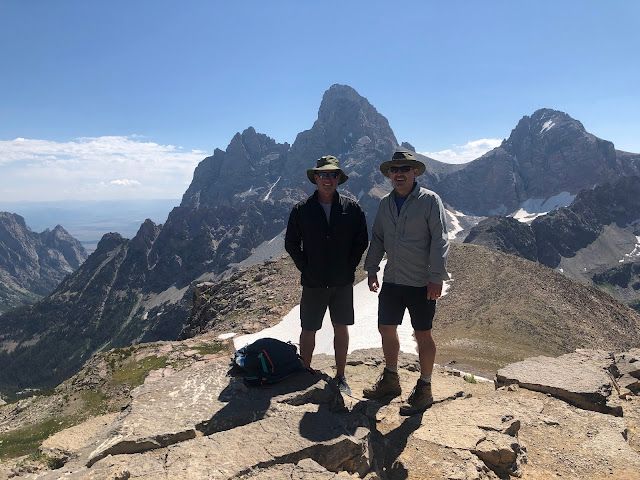 Somewhere around the middle of the month we got real stir crazy about being on the road so we made a plan that involved a couple of long travel days but that would put us in the mountains and on the coast, where the temperatures were more reasonable. 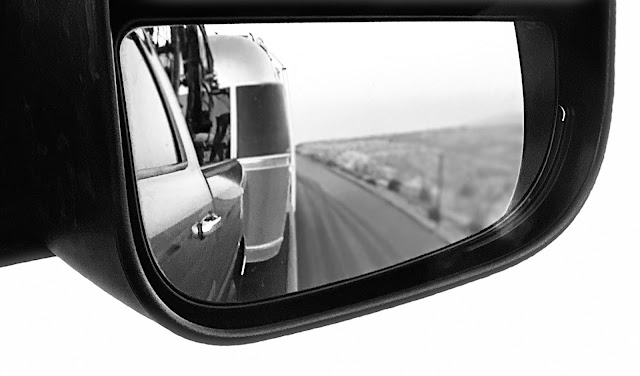 First stop, Airstream Adventures in Caldwell, Idaho has a lovely courtesy RV parking area with hookups, so we called and reserved a spot there.  And then Deadmans Pass over the Blue Mountains in Eastern Oregon, between La Grande and Pendleton.  We've passed by this state park multiple-dozens of time and this go around it was the perfect spot to hang out for a couple of days.  The traffic is a little bit noisy, especially in the sites closest to the freeway, but otherwise it was a nice, treed campground with lots of hiking and biking trails. 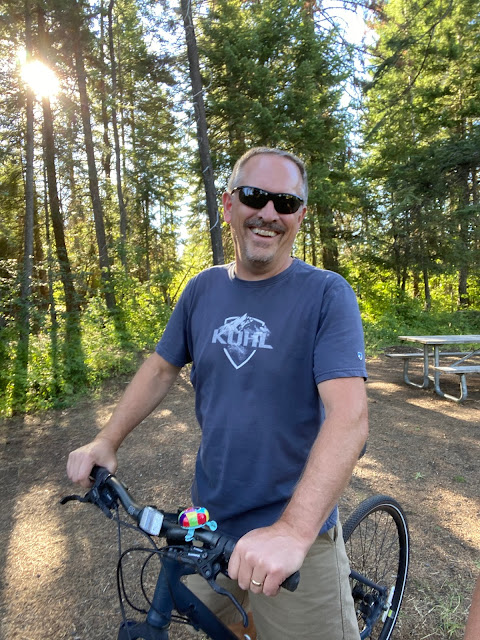 We stopped in the Tri-Cities area to say hello to family and then headed to Rimrock Lake, SE of Rainier National Park.  We had made reservations at an RV park and it is the only time we've prepaid for a place and then drove out without staying.  It was dusty, dirty and crowded and disorganized and the sites were on top of each other...we literally drove in, drove past our sites (Dave was with us too) and drove out without even bothering to check in or out.
We drove farther west on Highway 12 and turned back to check out a forest service campground, Indian Creek, that sat right next to the RV park we had left!  After chatting with the very attendant camp host for a bit he led us to a couple of very nice spots in the forest...and it was impeccable!   We were only looking to stay one night but ended up staying two, which gave us the opportunity to go into the park for a day. 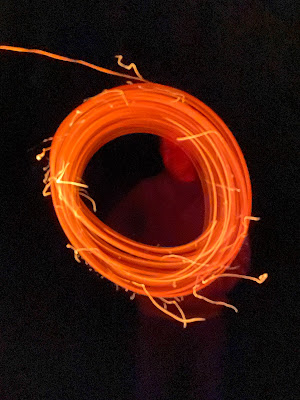 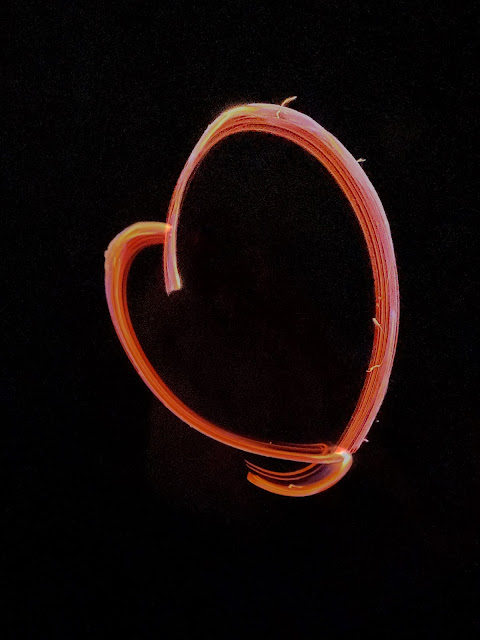 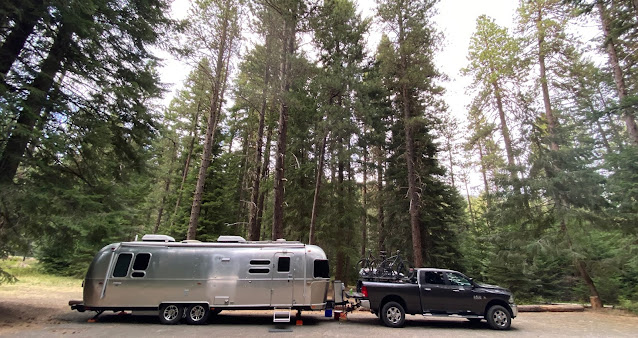 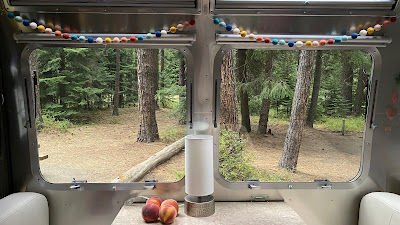 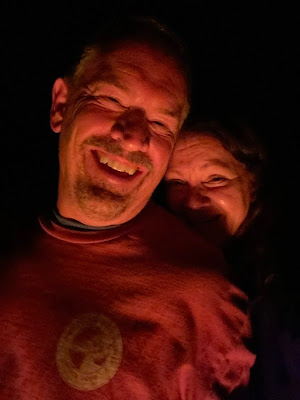 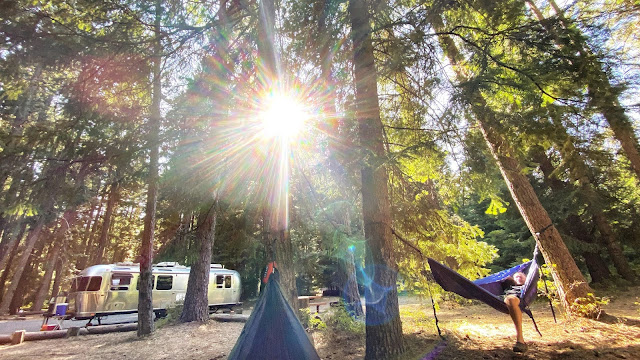 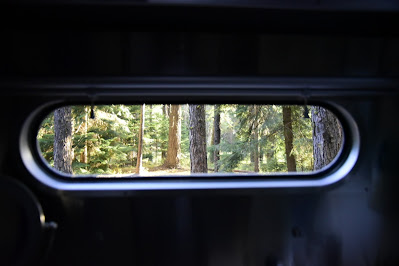 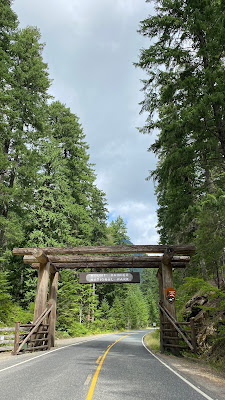 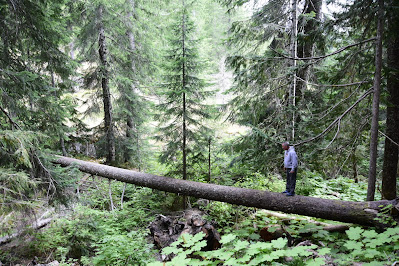 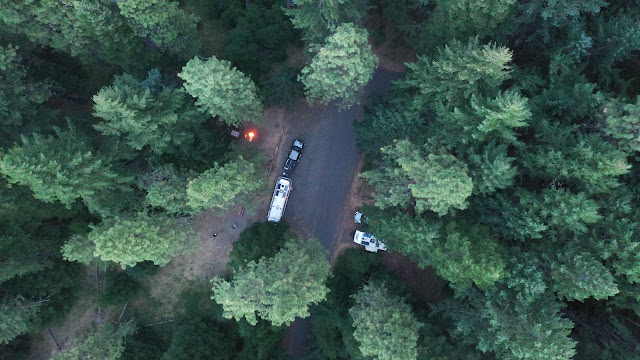 We headed out, on my birthday, toward Port Townsend, WA.  I was excited to spend the weekend in the quaint little town I'd heard so much about and we had looked up a boondocking spot at the fairgrounds there.  Along the way I began to call different campgrounds and RV parks, hoping that we'd snag a cancellation (we rarely travel on weekends and this was a particularly busy summer weekend in a very touristy area!).  We didn't find anything, so we pulled into the fairgrounds.  For the second time on this trip we were hesitant to stay...it just felt a little sketchy to us though I am certain it would've been fine.  While we sat in the truck looking for options this nice guy at Port Ludlow RV called and said they had had a last minute cancellation.  I said YES, but there are actually TWO of us, 2 RV's and to my surprise he said he could make that work!  So, we turned back and pulled into a really nice little RV campground in Port Ludlow.  (The funny thing is, I had called him earlier but I never left a message...so it was an error on his part that he called the last number missed on his phone...but I told him it was my good karma birthday present!)
In any case, it was a very nice spot and we enjoyed the weekend immensely! 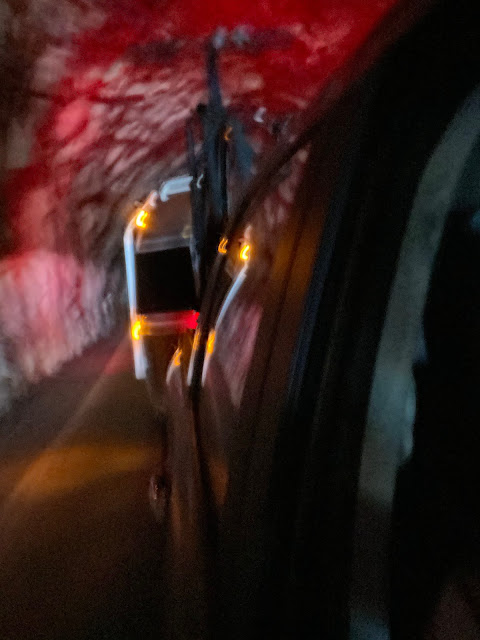 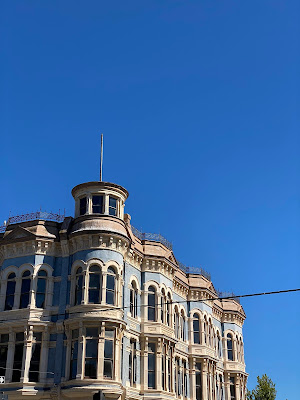 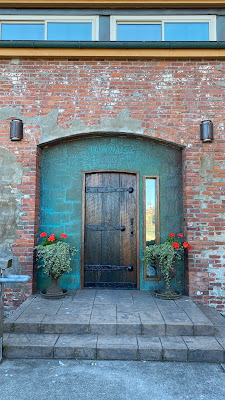 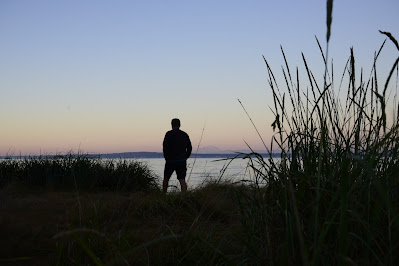 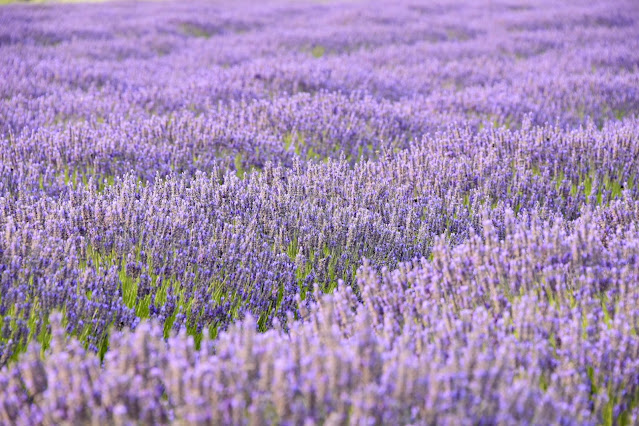 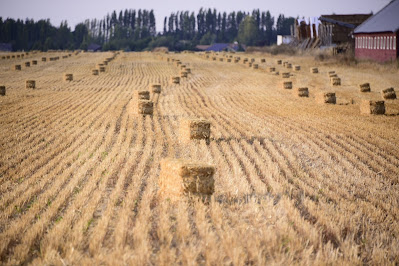 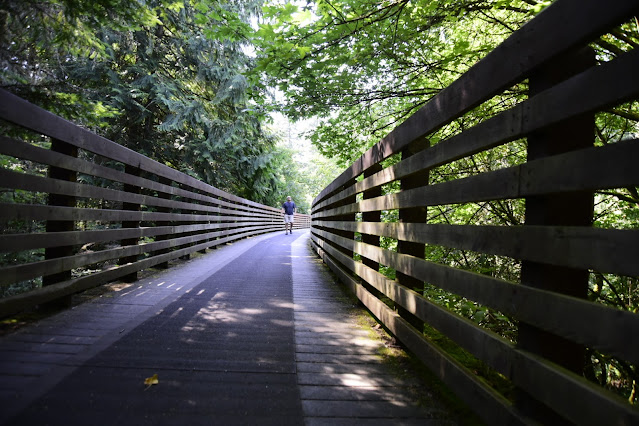 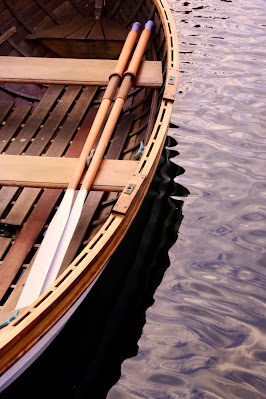 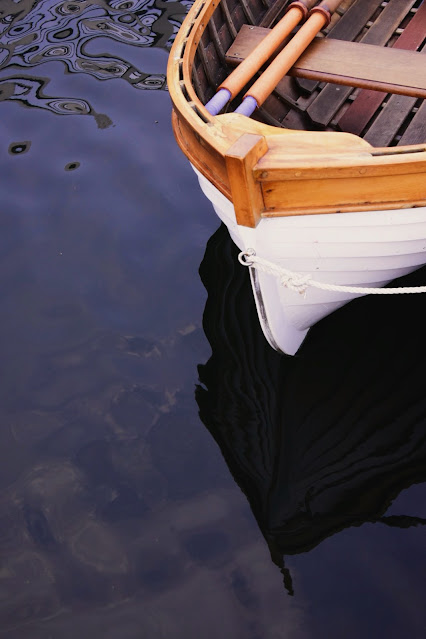 We wandered Port Townsend, fell in love with the little downtown area and all the cute little shops and the BOOKSTORES!  I also LOVE a seaport town...love looking at boats, wandering the docks...I think I was a fisherman in another life!  We also went up to Sequim and Port Angeles to just wander...it's such a pretty area...and if our family lived closer we might be looking for real estate there!
After a few days exploring there, we made the drive through and past ONP to the Hoh River.